The war in Ukraine has gone on for almost 8 weeks. Russian attacks in the north around Kyiv were repelled, but with much destruction and many deaths. When the Russian troops withdrew, there was a great reduction in the number of missiles and artillery being shot into that area. There were some strikes in the city of Kyiv over the weekend. We praise God that again our people have been spared.

On Easter Sunday Russian missiles targeted the city of Lviv in western Ukraine. This city has been relatively safe, and several million people have gone there, either to find a place to live or as the port city into Poland. The Russians would like to see that city destroyed because it is a major conduit for supplies from the west to enter Ukraine. As of now the most Russia can do is to bomb the city because they don’t have troops in that region to attack it. Many of our people are in Lviv and its environs. Please be in prayer for Vasily Munko, pastor of Grace Bible Church and Misha Grishenko, pastor of Greater Grace Church in Lviv. Luda Ugrimova is in a nearby town. These are heroes of faith, in my opinion, for their ministry among the refugees.

We just received a text from Ukraine saying they think that the war in the Donbas region is about to be a full-scale invasion. The big city of Kharkiv has been under constant bombardment since the beginning, but apparently the attacks are about to intensify. There are several cities in that area where I have taught in the past. Pray for the believers there that the biblical truths they learned will sustain them, that their faith will be a great testimony to the grace of God, and that they will redeem the time by spreading the gospel.

Word of God Church met on Resurrection Day for worship and praise to Almighty God who raised His Son from the dead in a powerful acclamation that He has accepted the work of Christ on the cross as the payment for all sins. What a great God! What a wonderful savior!

Pray also for Sasha Petrenko and his wife Ira who live in the Chernigiv area. This city was also devastated by missiles and Russian troops. Sasha sent some photos. What do you do if your church building is destroyed? Preach in the open air. 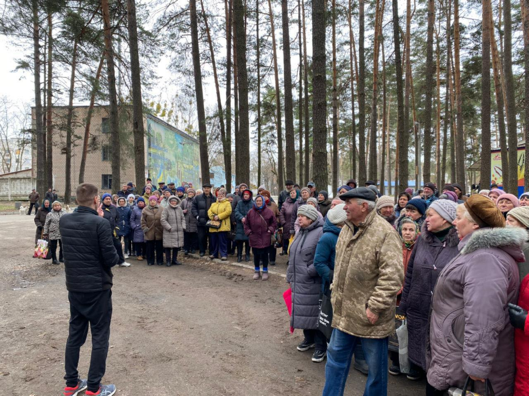 Sasha and Ira ministering to the troops, providing food and clothing along with spiritual food: 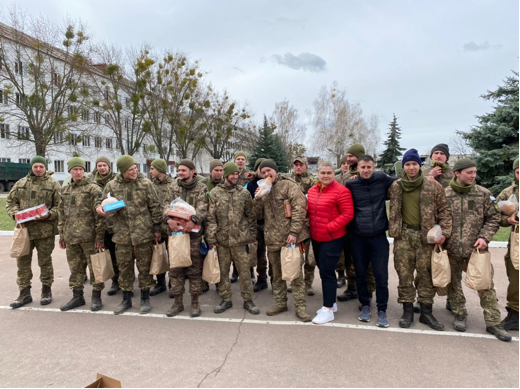 Sasha providing some essentials to a man who has lost everything. 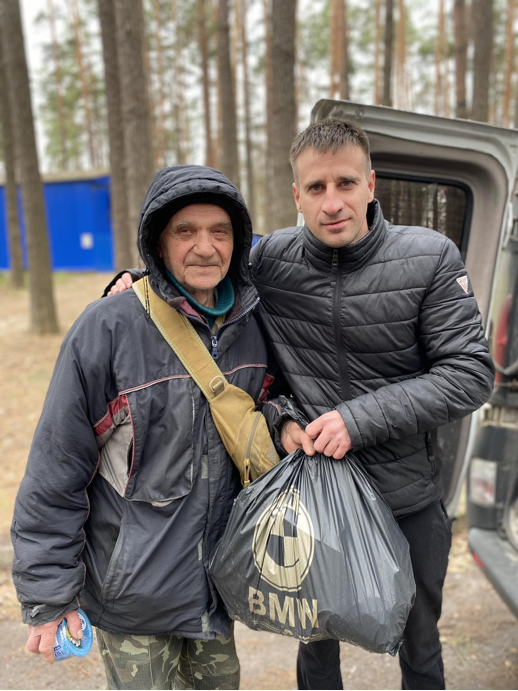 We are so grateful for all of you who are supporting our ministry. Thank you for your prayers and notes of encouragement.