What a great month we had in September. The first two weeks I taught Soteriology at Word of God Bible College. We studied redemption, reconciliation, imputation, justification, faith and the gospel of grace. Our new students were very excited to learn these essential truths. 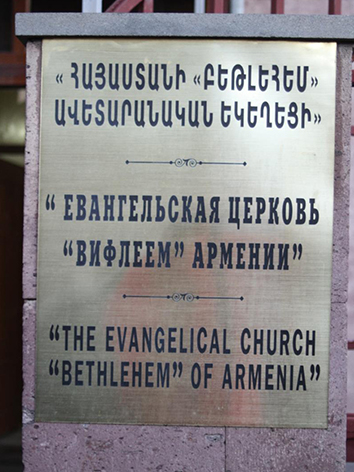 Right after these two weeks Phyllis and I flew to Yerevan, Armenia. We were hosted by Mark and Caren Musser who are now living and ministering in Armenia. I taught every day for two weeks. The Bethlehem Evangelical Church provided the venue for Ron Minton’s International Baptist Bible College. There were students from several different area churches. I taught a course on dispensations and covenants. This was new information for these people who have not been exposed to serious Bible study. The distinctions between the Old Testament life under the Law and the New Testament life under grace were brand new concepts for them. There was confusion about Old Testament salvation and whether we in the Church had to keep parts of the Law. Many of them were so glad to hear about the tremendous blessings that stem from our union with Christ. The teaching of spirituality vs. carnality was a new doctrine to them. So many of them expressed joy when they came to understand how to walk by the Spirit. It was a great pleasure to teach there. They were unanimous in urging us to come back and to teach them again.

I was also able to preach at another church on Sunday. I spoke on the warning passages from the book of Hebrews. In Hebrews chapters 5-6 there is a warning about being lazy or unmotivated about learning and applying Bible doctrine to our lives. There is a command to not be spiritual babies, but to go on to spiritual maturity. I was pleasantly surprised the next day when the pastor called me to tell me that the church talked about the lesson and declared that they didn’t want to remain babies and only drink milk, but wanted to grow up in their spiritual lives. What a positive response! 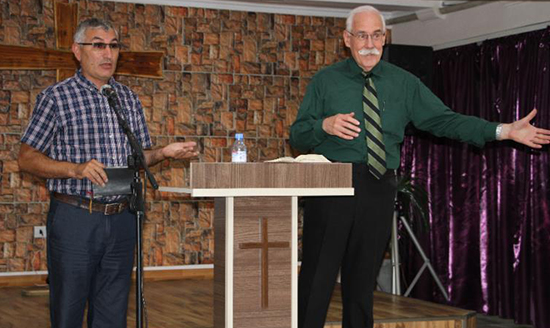 We were also able to visit a number of sites in and around Yerevan. We went to a museum of ancient Armenian documents. This was interesting because Armenia was the first country to declare itself a Christian nation back in the 3rd Century. A missionary who went there in the early part of the Church Age discovered that they had no written language, so he invented an alphabet for them, still used today, and the first book ever written in their language was a translation of the Bible.

We went to see some ancient churches and monasteries which indicate the influence of Christianity. Even though they repudiated the Council of Chalcedon, which clearly states the doctrine of the Hypostatic Union, nevertheless, the gospel was prevalent in that country since the early days of the Church.

It was also a treat to be able to see Mt. Ararat every day from Yerevan. It is certainly an impressive mountain, reaching almost 17,000 feet, with glaciers on the top which are hundreds of feet deep. The closest we got to the mountain was on the border of Turkey. Mt. Ararat is almost always engulfed in a haze, we did have a couple of days when we got a rather clear view. We went to a museum where they claim to have some items which were made of wood taken from the Ark. I have my doubts about this since they also claim to have a thorn from the crown that was put on Jesus at the cross, as well as the head of the spear the pierced Jesus’ side. Highly unlikely!

We are back in Ukraine now and busy preparing for teaching upcoming courses this fall. We are so grateful for the health and strength which the Lord has graciously provided for us that we can continue to work here. We thank you for your prayers and support which enable us to preach the gospel and to teach the Bible in so many places.

All by grace,
Jim